Facebook Live has captured the social media world by storm with more people than ever broadcasting live videos.

According to Mark Zuckerberg, “We’re entering this new golden age of videos online.” With over 1.6 billion users, pushing out this new feature can mean even more distractions for those who are already glued to their Facebook newsfeed. 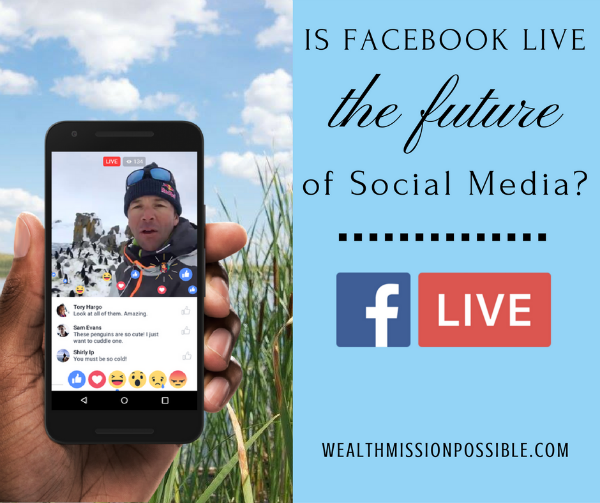 In general, video has been front and center for those searching for information on the Internet. YouTube already accounts for more than half of all search traffic as video consumption grows by leaps and bounds.

It’s no surprise that Facebook has jumped on the bandwagon by introducing its live broadcast streaming feature.

It is a trend? Will Facebook Live have staying power?

With over 100 million hours of video being consumed daily on Facebook, they mean business. They can easily compete with television, diverting those marketing dollars to Facebook video ads instead.

What does it all mean for you, the online marketer?

Why You Should Use Facebook Live for your Business

Imagine if you could tap into just a tiny percent of those 100 millions hours of daily Facebook video consumption?

How would your business change if you could get your message in front of so many more people? Think about it.

The work you put in is the same, right? You broadcast a live Facebook video to one or ten thousand and it’s the same effort.

You don’t even need fancy video equipment. With the high quality cameras on smartphones, most people already have the needed technology to make Facebook Live broadcasts part of their marketing strategy.

It’s a fun way to grow your audience while engaging with people in real time during the broadcast. You can also save the video for later viewing, accessible on your Facebook profile or Page.

Here are some tips to get the most out of Facebook live streaming for your business.

I hope you got some value from this article about Facebook live as the future of social media. It surely headed in that direction.

Are you using it? What do you like best about it and how has it helped your business? Do share in the comments below.