Twitter shut-down the auto-follow feature a couple of years ago to the disappointment of those who used it. 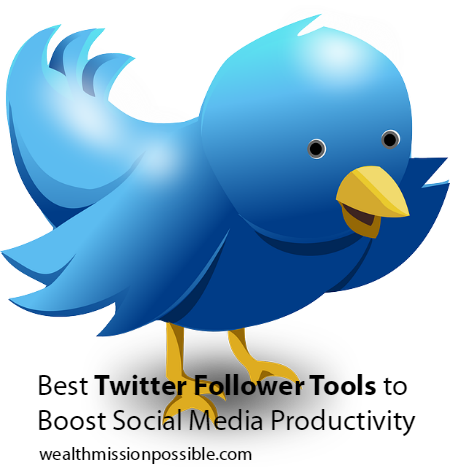 You can still use Twitter follower tools to semi-automate the process which is better than not at all.

I’ll get to that in a moment.

Why use Twitter at all? It’s a social network with posts contained in 140 characters. With over 500 million users, you can’t afford NOT to be on this social network!

Imagine how many potential customers can be on Twitter right now? Don’t leave money on the table. Arm yourself with the best Twitter follower tools and tweet yourself to success!

There are so many awesome Twitter follower tools but I chose the three stand outs. Although these tools have many more features than following on Twitter, I am only focusing on the following features.

You can manage both your Twitter and Instagram accounts with Crowdfire. It’s easy to use and will give you a list of those following you and who is not following you.

This social media productivity tool is the best of the best (in my humble opinion). Although you can’t have the automatic Twitter follower tools, SocialOomph has the next best thing.

You can also manually follow back by approving new following, find new people to follow and manage existing followings.

ManageFlitter is a social media management tools with tons of features to help grow your followers, optimize engagement and find targeted twitter followers.

Social media management tools for Twitter can help you get more followers and engage them, but you need to stay on a consistent schedule to make it happen.

I was about to give up on the whole Twitter thing until I saw this awesome FREE Webinar! CLICK here to learn 6 silly steps you can use now to grow your business on Twitter.