Have you noticed the new YouTube comments changes? Starting now, comments on YouTube are sorted by people you care about first. There are also some new tools for you moderate conversations on your YouTube videos. 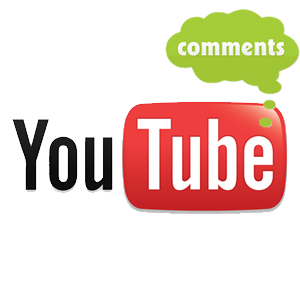 So who are those people you care about whose YouTube comments will float to the top? These are your Google+ friends, other engaged commenters and personalities who are well-known on YouTube. You still have the option to change the YouTube comments sorting from top comments to newest first.

Since your YouTube channel is connected to your Google Plus profile (you did that right?), you can join the YouTube comments conversation publically or privately. It’s very similar to the way you post information on Google Plus. The conversation is either private to a chosen few, public to everyone, or specific to certain Circles in G+.

If you are the video maker, you will have the ability to moderate YouTube comments more efficiently with new tools.

There has been so much chatter on the Internet about the new YouTube comments, I thought a roundup was appropriate!

Martin Shervington has been exploring the new system – he shares his insights:

If you’ve not yet connected your YouTube account to your Google+ profile or page, what are you waiting for?